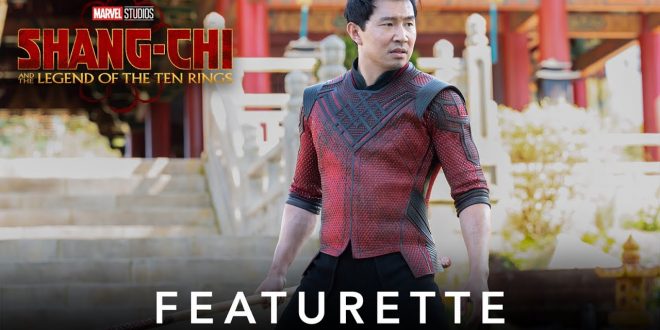 WITNESS THE RISE OF A MARVEL LEGEND

IN THEATERS ON SEPTEMBER 3

On August 2nd, Disney dropped a new action-packed featurette for Marvel Studios’ “Shang-Chi and The Legend of The Ten Rings”, where viewers can join producer Kevin Feige, Simu Liu (Shang-Chi), Awkwafina (Katy), and director Destin Daniel Cretton in exploring the plot and making of this new installment in the Marvel universe.

Simu Liu plays Shang-Chi, a classic Marvel superhero who must confront the past he thought he left behind after coming into the world of the mysterious Ten Rings organization. Legendary Hong Kong actorTony Leung also stars as Wenwu along with Awkwafina as Katy, Shang-Chi’s best friend. The audience can also expect to see Michelle Yeoh, Fala Chen, Meng’er Zhang, Florian Munteanu and Ronny Chieng in the star-studded film

“Shang-Chi and The Legend of The Ten Rings” is directed by Destin Daniel Cretton and produced by Kevin Feige and Jonathan Schwartz, with Louis D’Esposito, Victoria Alonso and Charles Newirth serving as executive producers.

Shang-Chi’s journey is told with stunning visuals, the MCU’s signature spectacle and displays of mind-blowing action, along with the talents of a diverse, stellar cast and a relatable story. Marvel Studios’ “Shang-Chi and The Legend of The Ten Rings” opens in U.S. theaters on September 3.