AARP #StopAsianHate Panel: Backing Up Our AAPI Elders With Data

On August 25, AARP hosted a virtual panel – “AARP #StopAsianHate Panel: Backing Up Our AAPI Elders With Data” – which addressedanti-Asian hate from a data perspective. The event included a presentation by research experts on latest survey findings surrounding AAPIs 50-Plus, followed by a panel discussion on topics including the mental and health effects of COVID-19 on older AAPIs, self-reporting of AAPI hate incidents, and the impact of hate incidents on AAPI women 50-Plus.

Debra Whitman, AARP Executive Vice President and Chief Public Policy Officer, provided welcome remarks and shared the importance of disaggregated data for the AAPI community. Whitman oversees AARP Research which has been addressing two of the major issues around AAPI research: the lack of AAPI research and the challenges around the methodology.

“Data is a powerful tool in telling impactful stories. But a persistent lack of data on AAPI communities prevents us from telling the full story,” said Whitman. “Disaggregated data is critical because it gives us insight beyond the general population and helps us understand what’s really happening in every community. AARP is – and has been – committed to including more data on AAPI communities in our research.”

According to the COMPASS survey, where nearly half of participants from the study (47.1%) were 50 years and older, Park noted alarming findings around discrimination and COVID-19 related racial bias. For example:

Park clarified that discrimination refers to acts and mistreatments, while racial bias refers to beliefs and judgments that are often in form or associated with stereotypes or prejudices.

Park also noted, “We have to interpret these [discrimination and racial bias] findings with caution because in some ways, in order to experience discrimination, you have to leave your house. And if you are fearful of leaving your house because of catching COVID or what you see in media or networks about anti-Asian hate, you are then limiting your opportunity for potential discrimination experiences and things that may affect what you think in terms of racial bias.”

Russell Jeung, co-founder of Stop AAPI Hate and professor at San Francisco State University, began his presentation by sharing a sample of stories of Asian American elders 65-Plus who went online last year and reported their experiences with racism. Jeung wanted to encourage the audience to put themselves in the shoes of those who have reported because “They [AAPI elders] are recognizing the mistreatment when they experience it and they’re wanting it to stop … they want to develop a collective voice.”

Additionally, the number of elderly AAPI reports in the Stop AAPI Hate national survey is significant. In Jeung’s words, “Nationally, 10% of the Asian American population is the elderly. But because the Asian elderly tend to underreport, the fact that we actually got 7% indicates that there’s probably a disproportionate targeting of our elders.”

Jeung drew upon Park’s previous point on the racial bias finding that the country has become more dangerous for their ethnic group, and stated that the impact of racism on AAPI elders has been deadly and traumatizing with implications to mental health and health. In fact, the fear of safety has led to greater isolation of AAPI elders, both physical and social isolation, which has led to more mental health issues (i.e., depression, loneliness).

“So here’s my scary takeaway fact,” Jeung said. “Asian Americans are more concerned, more anxious and more fearful of other Americans and their hate than they are about a pandemic that has killed over 600,000 people. Initially, they were worried about the pandemic. Now, they’re more concerned about the violence. You can vaccinate yourself against the pandemic, against COVID-19, but you can’t put on a mask to protect yourself from racism. You can’t get vaccinated against racism. And that’s why our elderly are isolating and then have subsequent mental health impacts.”

What is encouraging to Jeung, however, is that the Asian American community has stood up against racism. This has spurred change, including: the Senate passing the hate crime legislation; President Biden issuing executive orders to address anti-Asian racism; and the California legislature passing an equity budget of $157 million to address racism and the inequities that Asian Americans face. Jeung considers “denouncing racism and putting our money where our mouth is and actually addressing the racism in concrete ways” a model for the rest of the nation.

Drishti Pillai, research manager with the National Asian Pacific American Women’s Forum (NAPAWF), shared results from a larger study, Voting and Policy Priorities of Asian American and Pacific Islander Women 50 and Older (conducted by The Harris Poll on behalf of NAPAWF), which looked at the voting patterns, policy priorities, the experiences with anti-Asian hate and discrimination, and the overall impact of COVID-19 on AAPI women who are 50 years of age and older.

Supported by AARP, the wide-ranging study is the largest survey of AAPI women 50-plus ever conducted and shows 70% of the population have been impacted by anti-AAPI hate and racism, among other insights on the priorities and perspectives of a growing and formidable constituency.

“We are a powerful voting bloc in American politics that has yet to reach its full potential,” said Pillai. “And contrary to perceived generational differences, older AAPI women are as progressive as their younger counterparts when you consider their voting patterns and beliefs on key issues such as ending racial discrimination and immigration reform.”

Pillai highlighted the impact of anti-AAPI hate and racism on AAPI respondents, which included the reporting of how respondents felt their mental health had suffered, believed they were discriminated against or experienced harassment at work, felt unsafe walking outside, or had been called a racial slur.

On the overall impact of COVID-19, Pillai stated that many AAPI respondents related to the loss of a close family member or a friend to COVID-19, but there were also striking nuances for subgroups such as Pacific Islander women 50-Plus (28% of respondents were impacted by loss). Pillai also stated that 10-12% across the different subgroups reported that they, or a member of their family, experienced a job loss during the pandemic. NAPAWF’s separate study on those who had lost their jobs or were out of the workforce during the pandemic showed they had indeed been impacted by long-term unemployment (44% of AAPI women).

“To meet the unique needs of AAPI 50-plus, organizations must work together to paint a more authentic picture of this growing influential group,” said Daphne Kwok, AARP Vice President, Office of Diversity, Equity and Inclusion, Asian American and Pacific Islander Audience Strategy. “As part of our commitment to building more inclusive communities, AARP is proud to host this panel and bring visibility to organizations such as NAPAWF, Stop AAPI Hate, and UCSF in their efforts to amplify the experiences of our AAPI 50-plus and help drive systemic change.”

Kwok encouraged the audience to “listen and think about how you might use the data for their advocacy work, for funding requests, to write stories in the media, and to help debunk the ‘model minority myth’ and the ‘perpetual foreigner’ concept, which has been detrimental to the AAPI community, especially during this time.”

AARP #StopAsianHate panels are part of AARP’s commitment to fulfilling the Association of National Advertisers Alliance for Inclusive Multicultural Marketing pledge to take a stand against hate and violence targeting the Asian American Pacific Islander community. To view the first panel on “Advocating For Our Elders” or to re-watch this panel on “Backing Up Our AAPI Elders With Data”, please visit the AARP AAPI Community Facebook Page (@AARPAAPI).

About AARP: AARP is the nation’s largest nonprofit, nonpartisan organization dedicated to empowering people 50 and older to choose how they live as they age. With a nationwide presence and nearly 38 million members, AARP strengthens communities and advocates for what matters most to families: health security, financial stability and personal fulfillment. AARP also produces the nation’s largest circulation publications: AARP The Magazine and AARP Bulletin. To learn more, visit www.aarp.org or follow @AARP and @AARPadvocates on social media. 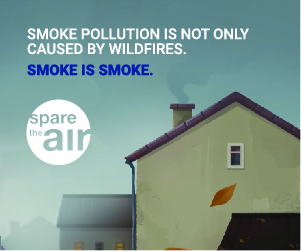