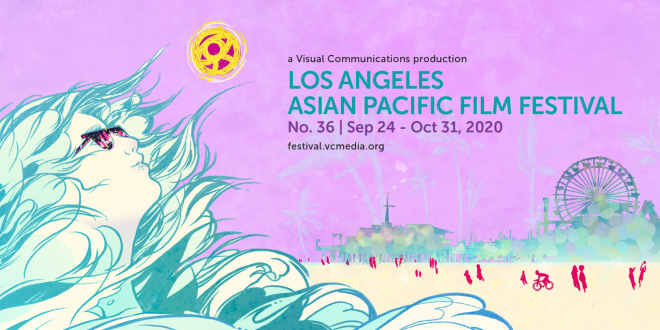 Narrative Winners include: WAIKIKI, THE GIRL WHO LEFT HOME, THE MISEDUCATION OF BINDU, THE PAPER TIGERS

Documentary Winners include: DOWN A DARK STAIRWELL, 76 DAYS, A THOUSAND CUTS, FINDING YINGYING

In a unique result of online film festival programming, filmmakers and jurors from different regions around the world were able to participate in this year’s Festival.

“Our Festival Awards Jury reflected the spaces and places that were presented in the Festival. Films that showcased our stories from Argentina to Polynesia, from Mumbai to Minneapolis, our jury spanned across the United States and the globe,” said Francis Cullado, Executive Director of Visual Communications. “We are grateful for our jury’s energy and passion to support artists an our communities.”

The jury shared their thoughts on the film: “WAIKIKI is an immersive film that highlights the fantasy and reality of Hawaii that is constantly being negotiated by local and native peoples. This work counters the mainstream image of paradise we normally associate with the island state and the Pacific Rim. Through an elegiac and philosophical mode of storytelling, we’re taken on a journey of the real island state where native Hawaiians continue to struggle on a daily basis with job instability, domestic and racialized abuses, mental health issues, and the ongoing generational trauma of postcolonial cultures. The strong direction, cinematography, music, and lead performances impressed the jury and left us collectively haunted by the film after the fact.”

Danielle Zalopany in a scene from Christopher Kahunahana’s WAIKIKI

The jury shared: “While all of the films in competition strived to tell their own truth about patriarchy and its enduring values, the jury was overwhelmingly moved by KIM JI-YOUNG, BORN 1982. As women are continually forced to work under an explicit wage gap, this film shows the wider implications of stressors, microaggressions, and societal disapproval faced by the eponymous heroine. We witness her quiet desperation, pain, and psychological rebellion against these almost impossible expectations. The jury recognizes the importance of the scathing commentary, empathy, and her journey towards empowerment. This film’s significance in    advocating for a more equitable society extends beyond national borders.”

The jury shared: “Ursula Liang’s solid and succinct storytelling in DOWN A DARK STAIRWELL spends the necessary time within each community, allowing folks to speak in their voices and emote in intimate, heartbreaking moments before her camera. While going into the layers of each community’s concerns and anxieties, there is a sense of journalistic integrity conveyed in a biased, mediated landscape. It’s an important film for this current moment that we are living in right now, a period of cultural and racial reckoning and the essential need to spark dialogue and hold space for mindful discourse.”

A scene from Ursula Liang’s DOWN A DARK STAIRWELL

The jurors also recognized FIRST VOTE, directed by Yi Chen, with a Special Jury Award for the Art & Craft of Documentary  Form.

The jury shared: “We loved how filmmaker Yi Chen inserted herself into the narrative, all while trying to remain non-partisan. The elements of FIRST VOTE were clear and accurate to the general feeling in the U.S. at the moment. We were never bored in the depiction of the oft- humorous undercurrent of political divisiveness with AAPI communities. Its original, accurate, sly, and highly rewatchable depiction of the AAPI political spectrum in battleground states and beyond are so pertinent  in            this key election year.”

“A THOUSAND CUTS advocates and commits to illuminating what is at stake in a world without freedom of the press. This Global Impact Award celebrates those brave and ethics-driven journalists and media professionals who use their bylines and platforms to amplify social and political injustices worldwide,” said Leong.

Maria Ressa in a scene from A THOUSAND CUTS, directed by Ramona Diaz

In presenting the award to 76 DAYS, Leong shared: “76 DAYS is an up-close and personal, on the ground view into the tremendous efforts and sacrifices of healthcare professionals and workers treating and saving lives in a global pandemic. We see the psychological and physical toll on you and thank you for your selflessness.”

This year, Pechanga, official gaming partner of the Festival, presented the Emerging Filmmaker Award for Narrative Feature and Documentary Feature filmmakers who have shown amazing promise as our future filmmakers and storytellers. Filmmakers with their first or second feature film are eligible for the award. This year’s recipients are:

The jury shared: “STANDING ABOVE THE CLOUDS puts us on the frontlines with intergenerational women activists fighting to protect Hawaii’s sacred mountain Mauna Kea from a massive telescope development. This personal and moving project provides us an entry point to this community of mothers and daughters upholding a lineage of fighting for the land. We appreciate the directorial voice and gorgeous cinematography that went into creating this portrait of struggle and strength.”

The jury shared: “YOU WIN USA VACATION RESORT pulled us into the unfamiliar world of birth tourism and resorts, and the emotional journey that comes with hopes of having a child born on American soil. Great performances and chemistry between the principal cast brought this charming mix of drama and comedy to life. We were wrapped up in the lead Mei’s dilemma and ultimately were left wanting more. We were impressed by such a moving and engrossing portrayal of a sensitive subject, and look forward to seeing Georgia’s future work.”

The jury shared: “Through visually stunning and unique cinematic language, DRIFTING takes on issues ranging from the one-child policy to gender fluidity with grace and inventiveness. This ambitious film succeeds in exploring how the familial environment and political climate we are raised within can impact one’s identity and sense of self.”

As the year closes, Visual Communications continues its legacy as the first non-profit organization in the US dedicated to the honest and accurate portrayals of the Asian Pacific American peoples, communities, and heritage through the media arts. In the upcoming weeks, audiences can look forward to PAST//FORWARD, Visual Communications’ signature event to celebrate the organization’s 50th anniversary. The virtual presentation of PAST//FORWARD is scheduled for December 1, 2020. For more information on the Festival and the forthcoming PAST//FORWARD celebration, please visit vcmedia.org.

Visual Communications’ mission is to develop and support the voices of Asian American and Pacific Islander filmmakers and media artists who empower communities and challenge perspectives. Founded in 1970 with the understanding that media and the arts are powerful forms of storytelling, Visual Communications creates cross cultural connections between peoples and generations.

The 36th Los Angeles Asian Pacific Film Festival (LAAPFF), presented by Visual Communications, runs online from September 24 – October 31, 2020 and features an exciting lineup of productions by Asian American & Pacific Islander artists from across the globe. The largest festival of its kind in Southern California, LAAPFF is also a proud Academy Award®-qualifying film festival for the Short Film Awards. For program and ticket information, please visit festival.vcmedia.org.