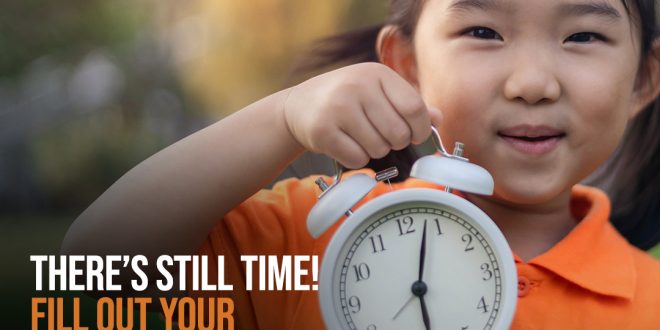 LOS ANGELES, CA–United States District Judge Lucy H. Koh has restored the deadline for the 2020 Census to its original extended date of October 31, providing additional time for residents to take action and make sure they are counted as part of this once-in-a-decade count that helps determine funding for vital community services.

The new timeline, unless overturned in the courts, will allow more time for County residents to participate and help ensure an accurate and complete count in the nation’s most populous county.

However, even with the additional month, the Board of Supervisors is still concerned that many residents, especially people of color, recent immigrants and other historically undercounted communities, may go uncounted. It is essential that L.A. County have 100% participation in the census, as census data influences billions in federal funding for local hospitals, parks, schools and affordable housing programs. Census statistics are also used to determine the number of seats each state holds in the U.S. House of Representatives.

“In light of the challenges of getting a fair and accurate count during a pandemic, we’re pleased with the court’s decision to restore the deadline for the 2020 Census to October 31,” said Board of Supervisors Chair Kathryn Barger. “This gives door-to-door enumerators more time to reach hard-to-count populations to ensure their neighborhoods get the funding they need for healthcare, schools and emergency services. But it’s important not to get complacent – if you haven’t participated in the census yet, you need to respond now!”

“I applaud Judge Koh’s decision to keep October 31 as the census deadline,” said Supervisor Hilda L. Solis, Board of Supervisors Chair Pro Tem. “More than one-third of all County households have yet to participate in the census, and we need to do everything we can to close the gap. Accurate census data helps fund important research and programs that strengthen our public health system. Our communities depend on the census for hospital and medical resources that keep our families safe in times like these. I encourage everyone in L.A. County to take 10 minutes of their day to complete the census at 2020census.gov, call 844-330-2020, or mail in their completed form as quickly as possible. Everyone counts in L.A. County.”

The U.S. Census Bureau has been sending census takers door-to-door in L.A. County, following up with households that haven’t yet responded to the census. The goal of door-to-door visits is to make sure 100% of households are counted.

“Historically, the African American and Latin American communities have been undercounted, and these attempts to shorten the deadline certainly feel like moves by the administration to see that trend continue,” Supervisor Mark Ridley-Thomas said. “These efforts to change the deadline cause unnecessary confusion and disrupts the community’s efforts to count every household. It puts increased pressure on census workers to work to ensure that the residents in hard-to-count areas, which are largely minority communities, aren’t left out.”

Census takers are hired from local communities and speak English. Many are bilingual, but if they do not speak the householder’s language, the household can request a visit from a census taker who does. Safety precautions have been put in place for residents’ protection. Census takers are required to wear face coverings, and will follow CDC and local public health guidelines when they visit.

To verify a census taker’s identity, residents can ask to see a valid ID badge with their photograph and name. The badge will have a U.S. Department of Commerce watermark and expiration date. They also might carry a U.S. Census Bureau bag and other equipment with the Census Bureau logo. Census takers’ identities can also be confirmed by contacting the regional census center at (213) 314-6500 and speaking with a U.S. Census Bureau representative. The Census Bureau and census takers will never ask residents for a Social Security number, bank account or credit card numbers, or citizenship status. They will never ask for money or donations.

“The federal administration has already appealed Judge Koh’s decision and continues to push to cut the deadline short. This seriously threatens the ability of our county to get an accurate count and to ensure that our community members get their fair share of resources for schools, hospitals, parks, housing and roads over the next 10 years,” Supervisor Sheila Kuehl said. “So please, act now. Every resident must take a stand and be counted while we can.”

“We urge anyone who has not yet completed the census to do so immediately.  Do not wait.  It literally takes ten minutes. Go to my2020census.gov or call 844-330-2020 today,” Supervisor Janice Hahn said. “The more people counted means more money for your neighborhood.  Not completing the census is literally throwing money away for services that support your children and family.”

The census can be completed online in English at my2020census.gov, by phone at 844-330-2020, or by mail if you receive a paper form. For non-English speaking residents, the U.S. 2020 Census website offers general information in 59 languages at https://2020census.gov/.

“Every single person in our community matters and must be counted in the census, regardless of age, race, or immigration status,” said Acting Los Angeles County Chief Executive Officer Fesia Davenport. “Census responses are kept strictly confidential, and the U.S. Census Bureau is legally bound by Title 13 of the United States Code to keep any personal or identifiable information private. This information cannot be shared with any other government agency or court. Los Angeles County is counting on you. Reply now to the census before it’s too late.”

About L.A. County’s “Be Counted” Campaign

An accurate 2020 Census is essential to ensure fair political representation and maintain an equitable distribution of formula-based federal funding for projects and social service programs. L.A. County’s census goal is that every resident is informed about, has access to and completes the 2020 Census survey. For more information, visit https://census.lacounty.gov/.