Los Angeles, CA (May 17, 2019) – In celebration of Asian American and Pacific Islander Heritage Month, CAPE (Coalition of Asian Pacifics In Entertainment) and U.S. Bank launched Season 5 of the #IAm Campaign, a series of mini-documentaries showcasing the voices and achievements of Asian Americans & Pacific Islanders. This is the second year CAPE, a non-profit organization that champions diversity in entertainment and media, joins forces with U.S. Bank to produce their flagship #IAm digital awareness campaign.

Season 5 highlights the inspiring stories of the following five artists and leaders (www.iam-campaign.com):

“The impact of U.S. Bank’s continued investment in changing the face of Hollywood cannot be overstated,” said Michelle K. Sugihara, CAPE’s Executive Director. “Viewed by millions around the world, the #IAM Campaign inspires people to pursue careers in entertainment and to create stories reflective of the diverse world in which we live.”

“Last year’s #IAm campaign explored how culture influences worldview and career path,” said Gunjan Kedia, vice chairman, Wealth Management and Investment Services. “This year’s campaign builds on that idea by recognizing Asian Americans and Pacific Islanders who have opened doors for others and celebrating what’s possible when we support one another.”

To learn more about #IAm and to join the conversation online, visit www.iam-campaign.com. Follow and share your own story on social media at #IAmStory.

Since 1991, CAPE has championed diversity by educating, connecting, and empowering Asian American & Pacific Islander artists and leaders through entertainment and media. We create systemic change by training the next generation of artists and leaders through our signature writing and executive fellowships in TV, Film, and Digital. Please join the cause at capeusa.org/support.

U.S. Bancorp, with 74,000 employees and $467 billion in assets as of December 31, 2018, is the parent company of U.S. Bank, the fifth-largest commercial bank in the United States. The Minneapolis-based bank blends its relationship teams, branches and ATM network with mobile and online tools that allow customers to bank how, when and where they prefer. U.S. Bank is committed to serving its millions of retail, business, wealth management, payment, commercial and corporate, and investment services customers across the country and around the world as a trusted financial partner, a commitment recognized by the Ethisphere Institute naming the bank a 2018 World’s Most Ethical Company.

U.S. Bank believes hard work works. Whether your plans are big or small, U.S. Bank is here to help you reach your goals. U.S. Bank honors the Asian American pioneers who made it possible, the people who helped out along the way, and future generations who continue to raise the bar. Visit U.S. Bank online or follow on social media to stay up to date with company news, and learn how U.S. Bank celebrates Asian American and Pacific Islander Heritage Month at usbank.com/AAPIHeritage. 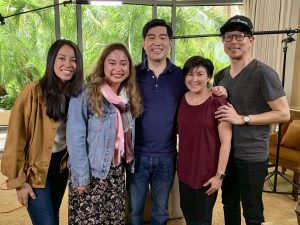 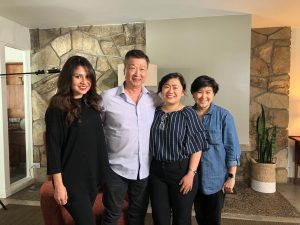